“My son suffers from the worst condition you’ve never heard of”, by Scott Abercrombie

“My son suffers from the worst condition you’ve never heard of”, by Scott Abercrombie

For me, the worst thing about EB is not the condition itself, it is probably the fact that it is genetic.

Sure, when you are a youngster suffering with it, it can be horrible, really horrible. My memories of growing up with EB are a bit vague though.  The first time I realised that I was a little bit different was probably in primary school when I saw all the other kids had no blisters on whereas I did, but that didn’t really bother me. I wasn’t really able to play heavy contact sports but I actually recall watching people getting absolutely hammered in football and thinking I was glad that I was on the sideline watching, rather than playing. My hands and feet have always been high friction areas but I still used to participate in  swimming, soccer, surfing and snow skiing, which I found didn’t cause me too many issues at all. My Mum, Jennifer, was one of the founding members of DEBRA NSW and one memory I do have is as a kid watching mum running the meetings for DEBRA NSW in our living room.

I found that having EB can be  very character building. My EB started getting better when I was about 15 but I did have to manage it and couldn’t  ignore it, but other things tended to wash off me. I always found that I was able to brush things off….

That was until I married my wife Aarabi 5 years ago and like most couples, we planned to start a family. However, with EB being a genetic condition, you know that it’s a massive chance that you will pass it on and I always feared that it was inevitable that I would grapple with the guilt of passing on the EB gene.

When our first son was born, those first few days were intensely stressful for us, waiting to see if EB showed or not.  Our son didn’t have a blister appear in the first 3 days, then on day 3, whilst I was holding him, I saw a blister on his heel. I was a mess. Even though I was intellectually aware of the chances of him inheriting EB, on reflection I wasn’t mentally prepared for it. To be honest, I don’t think there really is a way to be mentally prepared for it. That was a really tough time as we tried to come to terms with the fact that that one blister took us down a path we were hoping to have him avoid.

It’s OK for me now, the shock wears off and like for all of us who suffer from EB, resilience kicks in. Our son is now 4 and is a very happy, charismatic little boy.  For him this is normal, he knows no different because he has grown up with having to deal with this daily.

I share this because it’s not necessarily a positive thing to share – when you see the pain they’re in, it still makes one feel really guilty, but positives can be taken from it. The way I see it, is that from generation to generation one should improve and grow. I want my son to take some of the strong characteristics I have and then build on them. I encourage him to not let things impact him so much. I also know how to manage EB and related things a bit better which comes in handy and is something I try to teach him.

Life is what you make it.  You shouldn’t blame yourself. I haven’t blamed my dad. You should think about the positives of giving someone a chance at life and the support to carve their own path rather than focussing on what, for us, is a superficial skin condition and in no way defines who we are. 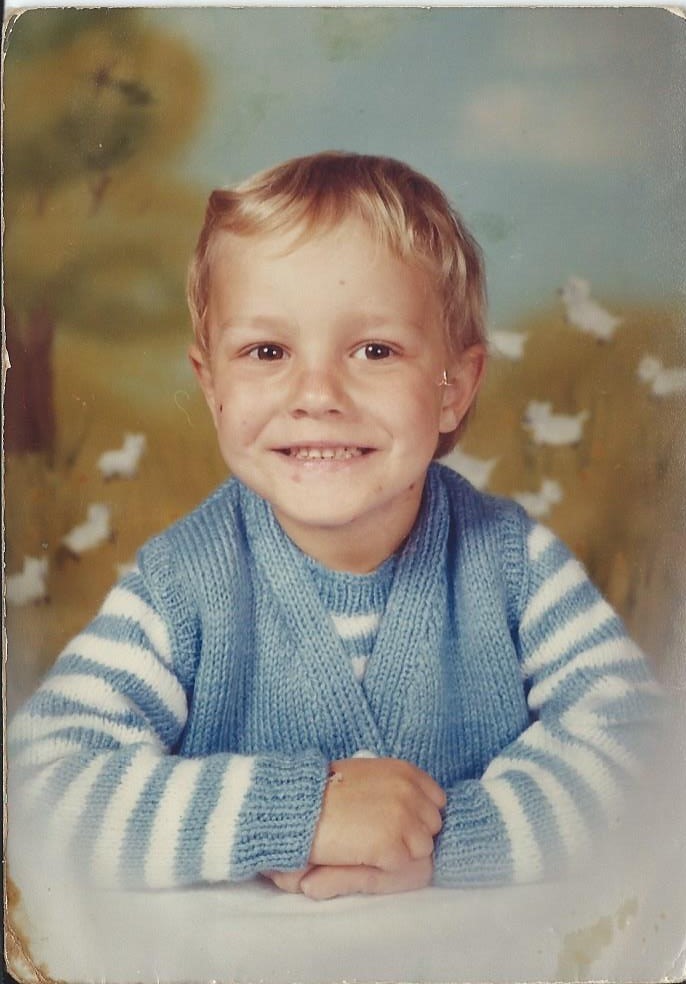