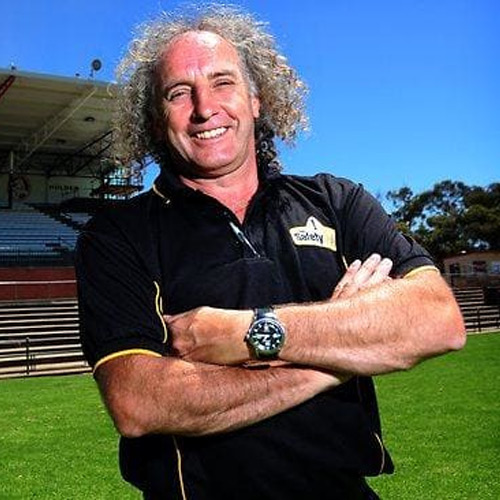 John Platten is a former Australian rules footballer who has had a long history with DEBRA, giving his support to awareness campaigns over many years.

John’s achievements in Australian Rules football are legendary.  Prior to joining the VFL/AFL competition, John won a Margarey Medal for the best and fairest in the SANFL competition in 1984.  In 1986, John moved into the VFL (now AFL) to play for the Hawthorn Football Club and in 1987 John won his first Peter Crimmins Medal (Hawthorn best & fairest).  In that same year, he also won the highest individual award a player can receive in Australian Rules Football – the Brownlow medal.  He then added a second Peter Crimmins medal in 1994.

In recent times, John has assisted DEBRA with several activities in Adelaide, as well as their Melbourne Market charity golf day, which included his recent appearance at the very successful 2017 event. He has also supported several Gala Balls including the 2017 Brave Butterfly Gala.